How To Tell If Cats Are Playing Or Fighting

Mock fighting and aggression is typical of cat behavior during play. However, sometimes it can be difficult to tell whether cats are playing or fighting.

Rolling, tumbling, lightly biting each other and gripping are indicative of a fight or playful behaviors. The movements and motions look similar, making it difficult to differentiate a fight from mere play.

Cats take turns when playing with their top cat toys. Or kitten toys if they're of a younger age.

Make a loud noise to break up the fight if you notice the felines are actually fighting each other. Placing a barrier between the two cats can also stop the fight.

Observe your cats’ body language to determine if they’re fighting or just enjoying some good moments of play. The nature of the fight can also tell you if it’s a fight or play.

Here’s how to tell if your cats are fighting or playing:

2 Ways To Tell If Your Cats Are Playing Or Fighting

Reading the cats’ body language can help you determine if they’re putting a fight or just playing. Here are cues to look out for.

Cats don’t make much noise when playing. If your cats are making some sort of noise, they’re probably fighting, especially if it’s a growl or hiss.

If it’s a play, you’ll only hear meow sounds. However, unending hissing or growling indicates a fight is ongoing between the two cats.

Cats position their ears upright or forward when engaging in mock fights or plays. They can also position them slightly backwards when playing.

However, if their ears are positioned backwards or turned back against the felines’ heads, chances are they’re fighting each other.

Look At The Feline's Claws

Playing cats retract or sheath their claws most of the play time. Even if they unsheathe their claws, you won’t see them trying to scratch their opponent.

Look at the cats keenly and if you see them trying to harm each other with their claws, it’s probable they’re fighting, not playing.

Are The Felines Biting Eating Other?

Biting is minimal during cat play, and isn’t meant to cause harm to an opponent or playmate. A cat intent on biting the other to cause injury or harm is an indication of a fight.

Hissing or growling of a single cat while the other yelps out in agony and pain indicates they’re engaging in a fight. But, during play, cats often take turns in lightly biting each other.

However, if only one cat is adamant on biting the other while the opponent is clearly trying to run away, the two felines are fighting.

Cats playing with each other usually position their bodies forward. But, cats leaning backward while making swipes at each other are definitely fighting.

Fighting cats have their hair or fir standing from end to end. That makes them look big and fierce to their opponent. Puffed up hair on your cats’ body, tail or both indicate they’re fighting.

2) Assess The Fight Itself

How’s the nature of the cat fight? Look out for the following cues to determine if the cats are fighting or playing with each other.

Look Out For Signs Of Reciprocity

A single cat chasing the other with no signs of reciprocity indicates a fight between the felines.

What's The Pace Of The Fight?

Cats that play stop at intervals to take new positions. They play at a slow and gentle pace. However, cats in a fighting mode do so at a fast pace. They don’t stop until the more aggressive cats wins the fight.

The behavior of the cats after putting a show, be it a fight or play, will tell you what they were actually doing. Fighting cats avoid each other after the end of the fight.

However, playing cats are friendly to one another. Even after they end the show of a play fight, the cats continue to be friendly to each other.

If you determine that your cats are fighting, you must stop them. Here’s how:

Yell, clap your hands, slam the door, bang on objects or pots, or blow a whistle to break the fight. The loud noise is bound to disrupt the cats, and cease the fight.

Stop the cats from seeing each other using a barrier placed between them. Use a cardboard, cushion or any object that can play that role to separate the cats.

Separate the cats in different rooms once they cease fighting to calm down their nerves. Later, reintroduce the cats to each other gradually to avoid future fights.

Use a baby gate to separate the cats during reintroduction to ensure they interact without causing each other any form of harm.

3) Don't use your hands to stop the fight

Using your hands increases your risk of getting hurt. The cats can scratch your hands or lunge towards your face and cause you injury.

One of the cats might turn the fight against you, causing you lots of harm. Eventually, the cats may behave differently towards you even after the fight has long ceased.

Seek urgent care in case you get a cat bite. The bites are often infected with pasteurella strains that can cause cellulitis. With early medical intervention, you can protect yourself from a likely infection.

4) Prevent likely fights in the future

Make sure your cats don’t compete for resources such as litter boxes and food bowls. Each cat needs its own bed, food bowl, litter box, toys and even perches.

If you can keep more than one cat then you should be ready for such expenses. Spay or neuter your cats to reduce chances of them getting into a fight.

Reward your felines with treats when they show good behavior such as interacting with each other in a peaceful and friendly way.

Contact us to find out more about self-cleaning litter boxes, caring for your felines and how stop them from engaging in unnecessary fights. 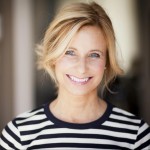